Federal Health IT Strategic Planning 2020-2025: New Thinking or More of the Same?

The Office of the National Coordinator (ONC) recently published their latest 2020-2025 HIT strategy document, continuing a tradition the ONC started a number of years ago.  As a part of my look into the latest strategy, I decided to compare it to the previous 2015-2020 HIT strategy and review the ONC’s recent Reports to Congress.  I was interested in comparing both strategies, given the 2015 plan was performed under a Democratic Administration while the 2020 strategy is led by a Republican Administration. To be fair, the two political parties have different philosophies of the government’s role in achieving success and the ONC has not been able to get the full funding they have requested. However, the overarching mission of the ONC has remained fairly stable in these last five years. There have also been several key pieces of legislation that have been implemented since the last plan, MACRA and 21st Century Cures, both majorly impacting healthcare payments and interoperability.  Additionally, there is also the impact of COVID-19 on the 2020-2025 strategy to consider.

The following chart shows a quick comparison of the two strategic plans: Immediately, I noticed the prior plan provided comprehensive detail about what had been done to-date, and how they were continuing to build on it. Comparatively, the 2020 plan reads almost as if there was no previous foundation to build upon. Additionally, the 2015-2020 plan appears more integrated with other Federal health agency initiatives (ex: calling them out by name, linking to other related strategies and showing where an agency strategy supported the national HIT goals). The 2020 plan, except for linkage to The Centers for Medicare and Medicaid Services (CMS) does none of this, which is unfortunate. One of deficiencies I’ve seen with the ONC over the years has been its inability and in some cases lack of interest, to bring together the full power and reach of all of the Federal health agencies to create real change in healthcare and health IT.

The following key areas of the two plans are of major interest to those who have worked in the health information technology community for many years:

The 2015-2020 plan was heavily focused on patient’s getting access to their clinical information.  As such, the push was on providers and hospitals to provide access in a way which assured privacy and security safeguards. While the plan had a lot of language around the patient’s management of their healthcare, the 2016 Report to Congress says very little about specific initiatives to support that goal.  The plan also touches a bit on disparities, but not on social determinants or the patient’s ability to have and use technology. The plan does push a national communications infrastructure to promote telehealth and remote monitoring, but more from a provider standpoint.

The latest plan takes the patient access theme a step further with the promotion of APIs to allow patients to not only access, but to be able the use the data to support their healthcare needs.  There is also some push for health literacy and transparency, which are critical given the low results people give their ability to successfully understand their healthcare choices and tradeoffs.

Unfortunately, like its predecessor, the latest plan does very little to sketch out an ideal state of a patient-centered healthcare system and the role of technology to support that vision.  While the engaged patient or consumer is often touted as the holy grail of American healthcare, I see very little in either plan which promotes an integrated Federal health strategy for helping get the US there.

For example, areas like giving the patient the ability to have an integrated health record without having to deal with multiple portals, helping the patient get longitudinal information so they can compare their health indicators over time, helping patients understand the role of family members or even conducting a major Federal push to help people understand medical financial options, are not mentioned.  The patient-centered discussions in both plans are also more from a provider view not a patient’s view.

Interoperability, in its various forms, has been a key reason for ONC’s existence over the past 15 years. Both the 2015-2020 plan and the 2020-2025 plan have a lot of their strategies devoted to the subject.  The 2015-2020 plan was pre-Cures Act and FHIR, so it focuses on standards but with fewer specifics.  The earlier plan also promotes consistency, building on ONC’s certification work, common data sets, and ensuring privacy and security.  The prior plan relies mostly on providing guidance or building consensus.  There is very little force behind the goals and tactics.

The latest 2020 plan goes much further, using the CURES Act to promote FHIR, pushing interoperable electronic health information across all care settings, and weighing in on a trusted exchange. The 2020-2025 plan also emphasizes the work that both ONC and CMS have done through regulations to push interoperability and the FHIR standard. The latest plan also promotes interoperability with social services systems and data, which is a major step forward in looking at the impact of the larger role of society on health conditions and care.  Public health data interoperability is mentioned, but not emphasized, which is surprising given the current pandemic.

This is an area where I would have expected both plans to promote, which they do to some extent. The 2015 plan is fairly vague, and doesn’t focus on how, or what were then newer technologies (ex: cloud-based platforms, APIs, AI/ML) which could be used to support better healthcare and tools for the stakeholders. The 2015-2020 plan does discuss the role of broadband and the FCC, but its purview is limited. There is no discussion of AI and the potential for increased use of AI technologies to improve a whole variety of areas related to health IT and healthcare. The earlier plan does reference mobile technologies throughout the document, but only as a way of accessing or collecting data more than anything else.

The 2020 strategy is more disappointing because it fails to recognize where technology is today and where future technologies will impact healthcare.  The strategy only contains two references to cloud. Machine learning has three citations, none of which really relate to a use strategy, and no mention of 5G, which will be ubiquitous in 5 years.  Remote monitoring is barely mentioned and blockchain is not mentioned at all.  While I recognize naming technologies can be sometimes tied to the flavor of the moment, the fact is that all these technologies are changing and will continue to change care delivery in this country. As an examples, through COVID-19, we have seen how technology usage and diffusion spread rapidly with telehealth. At NewWave, we recognize it’s a new era in IT systems, hosted in the cloud. But the current tech revolution is more than just that – it’s about re-imagining technology to transform healthcare through resilient products, platforms, and problem-solving as-a-service for a stronger future.

Moving forward, we need a comprehensive health IT innovation strategy which integrates with the advances in medicine. The country gives out tremendous amounts of money which directly or indirectly support health IT, but neither strategy discusses how there can be better coordination between the work supported by grants and national labs and the HIT strategy.  Neither plan discusses the role of FDA in innovation. DOD, VHA, NIH are briefly mentioned but there is no mention of technology trend setting organizations like NIST or DARPA.

I recognize ONC has a lot of responsibility and often little authority, or funding in its fifteen-year life.  However, I do not see the type of forward-thinking and vision in their strategy which reflects national needs beyond limited goals in interoperability and a few other areas.  The key to the future success of the ONC is not the entity itself, but its ability to bring together key Federal and non-Federal organizations to achieve national goals. We have seen the ONC complete some of this type of work in the past, notably with CMS on HITECH and more recently on interoperability. We need to see more, especially on the patient side and technology coordination and promotion. The nation is reeling from the worst health crisis in its history and now more than ever, innovative thinking and moving beyond traditional silos is required. The reason we have COVID-19 vaccines becoming available in record time is because of unprecedented cooperation and innovation within the research community. This type of coordination and cooperation can be fostered in health IT by an energized ONC vision. I hope this is something we see reflected in the ONC 2025 plan. 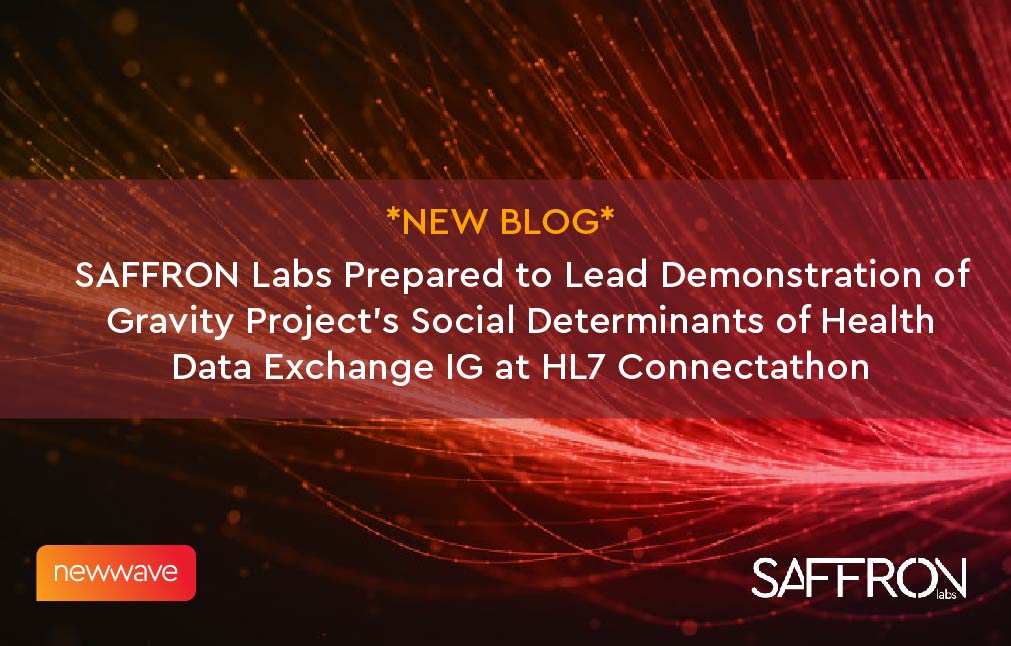 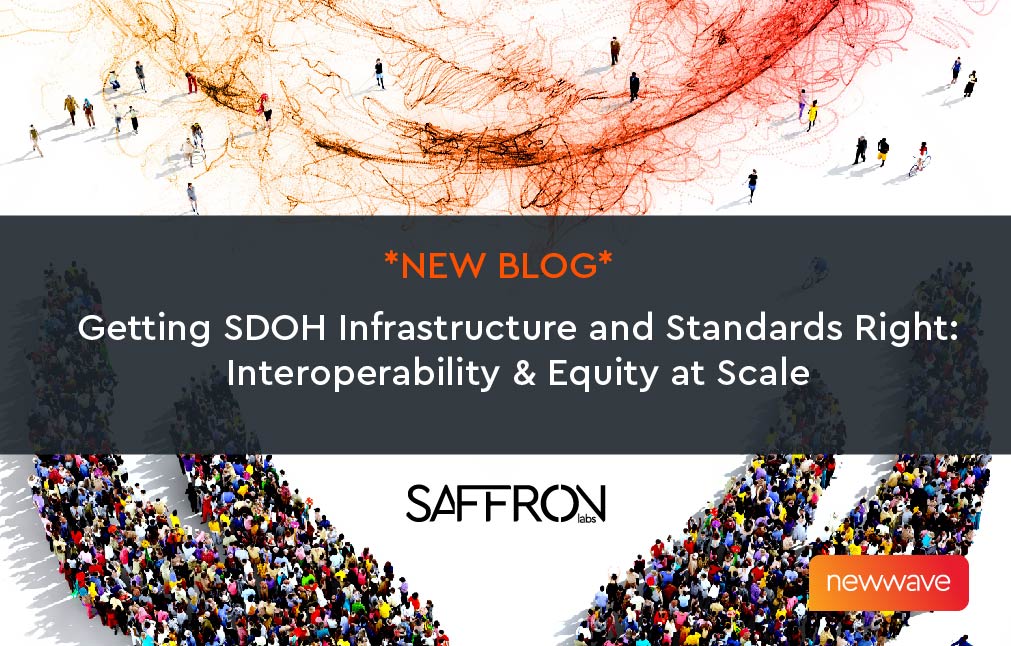